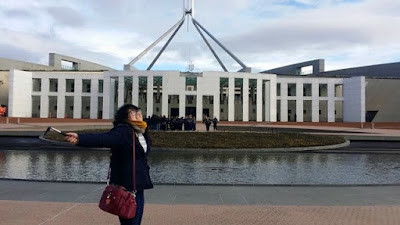 Was an early day so got up pretty early, and got to Central at around 6:40 AM because we had to be on the bus before 7:00 AM and then yeah we got on the bus which we only booked the day before lol. It took about four hours on the way to Canberra. On the way to Canberra, Grace, Kenta and I got a little bit loud and some lady behind us told lower our voices down. Um okay whatever you want. 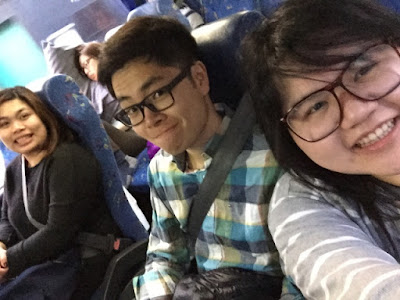 We got to Canberra earlier than expected so it was about 10:45 AM :) That was good! We talked to a nice old man who was a volunteer helper at the Jolimont Visitor Centre and he helped us out for the buses and those sort of things. I didn't realise how most of Canberra's attractions were actually free! So that was good!

So there's this new cafe at Canberra called Pâttisez which started gaining nationwide fame because of their special milkshakes, which they called freakshakes, they looked so delicious! So since we were already at Canberra, we decided to go there! When we got there, we were told that it would be a 2.5 hour wait for a table, but milkshakes could be served takeaway, but it was a 1 hour wait! So we bought the milkshakes takeaway and also bought cakes haha. While we waited for our milkshakes, we went to a random restaurant to have lunch. 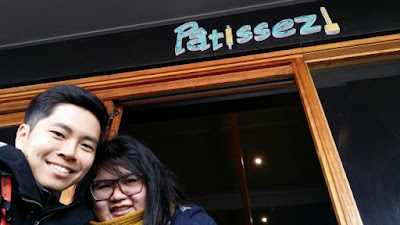 The only disappointing thing about the milkshakes was because it was for takeaway, they weren't served in the cute mason jars but instead served in cups which Kenta described as "the cups they use in the cinemas" HAHA. 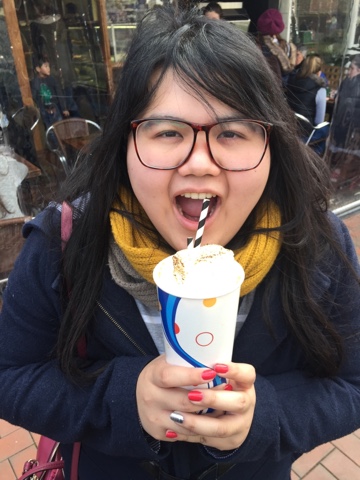 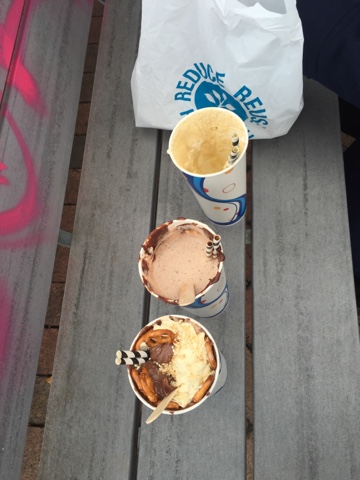 The cakes in the shop were so pretty to look at. We got red velvet, pistachio matcha, a pear tart and a chocolate & raspberry layered cake. However though, we saved it for the end of the day and they ended up looking ratchet HAHA. So bad. But the taste was still good! My favourite was definitely the pistachio matcha♡ 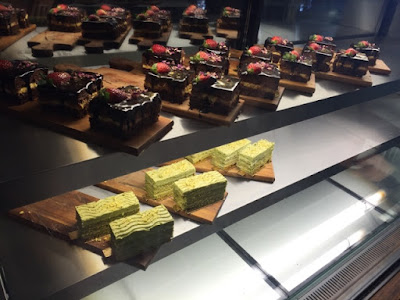 After we got our freakshakes, we walked about half an hour towards the parliament house... the walk was fun because Grace is so funny and she was navigating so it didn't feel like half an hour :) When we got to the parliament house, I saw a lot of primary school students and they looked really bored haha. I saw myself in them, because I was really bored when I went to Canberra with school! 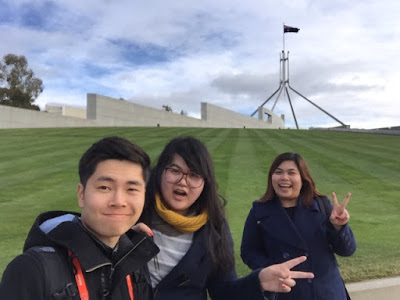 So yeah, we went around the Parliament house and then went inside the House of Representatives and the Senate and while doing that took lots of photos. 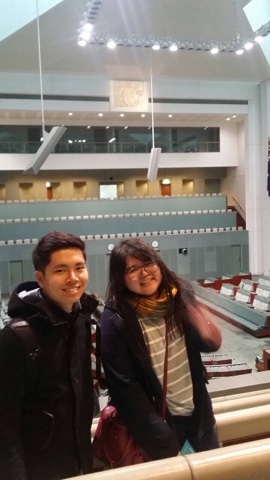 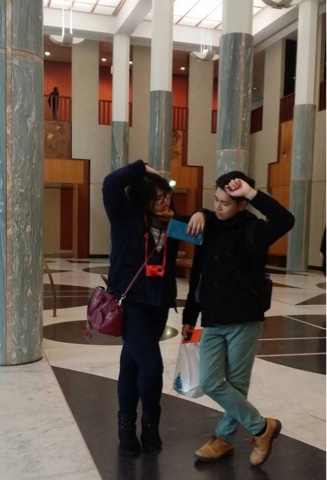 We then headed to the bus stop to go back to the main bus area which was luckily just in front of the Parliament House WOO! 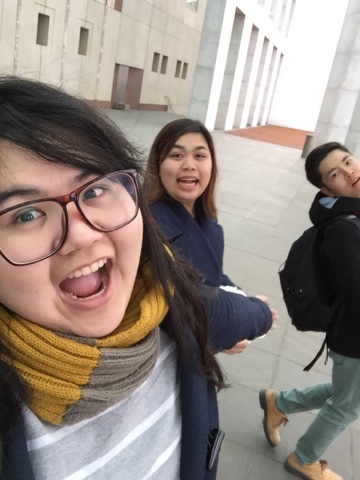 But yeah, while waiting for the bus Kenta broke my shoe HAHA. 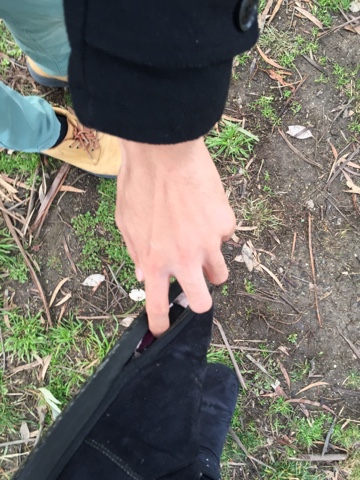 When we got back to the main bus area and we were about to catch the bus headed towards the Australian War Memorial, we noticed that the bus was late and then suddenly the bus driver was like "ANYONE CATCHING THE BUS TO THE WAR MEMORIAL? THE SERVICE GOT CANCELLED" So we were like OMG, and took a taxi instead because it was closing in an hour! It was all good though, because we made it in time and it was pretty close and cost us $10.00 all up! 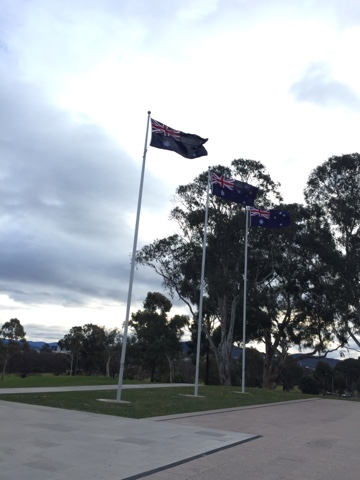 The War Memorial was pretty interesting; in fact much more interesting than what I remembered it to be as an 11 year old, but the place really makes you wonder why people ever choose to go into war, I hope it never ever happens again. We were there until closing time and we witnessed the Last Post ceremony and it was in memory of a soldier from Perth. So yeah, we then took a bus back to Jolimont Centre so we could take out bus back to Sydney :) 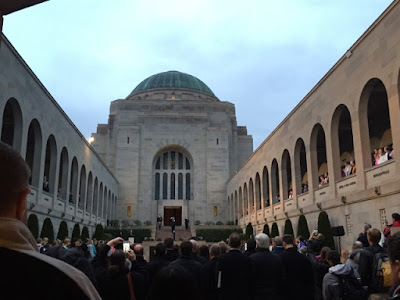 We made it back in time, but before we got on the bus, we looked at the cakes we bought from earlier and witnessed how wrecked they looked haha! I felt so bad how we weren't able to take a picture of how they looked like in their containers before they became their newly ratchet state lol. So yeah, we ate most of the cakes in the bus and rotated it amongst ourselves. It was impossible to finish though so we put it away. 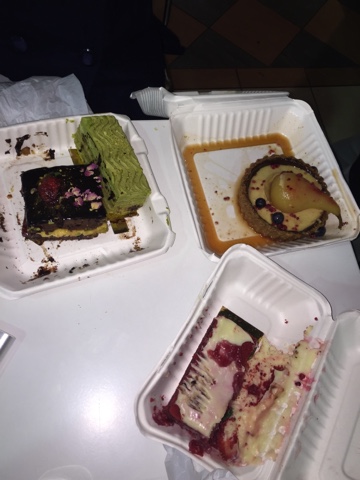 The bus ride back to Sydney was only three hours as opposed to four hours on the way there, and felt really fast! Kenta and I talked a lot while Grace slept and we were staring and laughing at Grace when she slept because Grace is so funny LOL.

Before we knew it, we were back in Sydney and our fun and jam-packed day trip to Canberra was over.
Posted by Unknown at 01:06