Japan, I can never get tired of you

After Taipei, Sen and I got on a plane and headed to Tokyo! It was the first trip to Japan since coming back from exchange so she had the same feelings I did from when I went back in July HAHA!

The plane ride was very short and I didn't even sleep LOL. 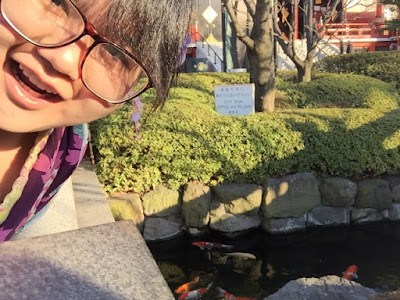 03/02/2015
We arrived at Narita at like 7am and I felt like TADAIMA IM BACK LOL then we caught a bus to Hachioji haha. I slept really well on the  bus and I could feel that I was kind of tired haha. When we got to Hachioji Sen and I bought tickets for Disneyland the following day hehe yay then Ryota picked us up and we went to his house and freshened up and unpacked a little bit. We then caught a train to TMU, and had lunch at the cafeteria and I had my favourite power-don♡ We met up with Kenta and Kazuki and then wooo the squad was complete :)
Then we went to this cute cafe in Hashimoto and had some drinks then we headed to kurasushi and had sushi lollll then took purikura then yeah! 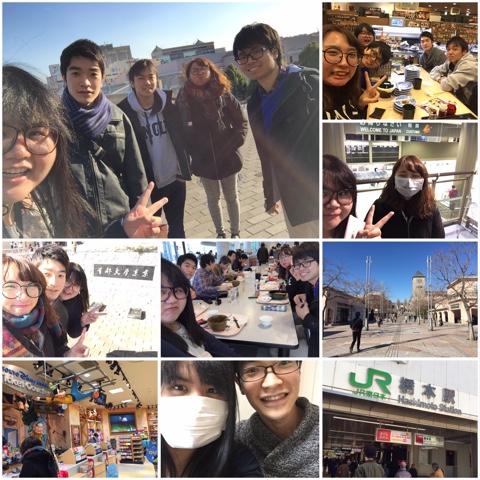 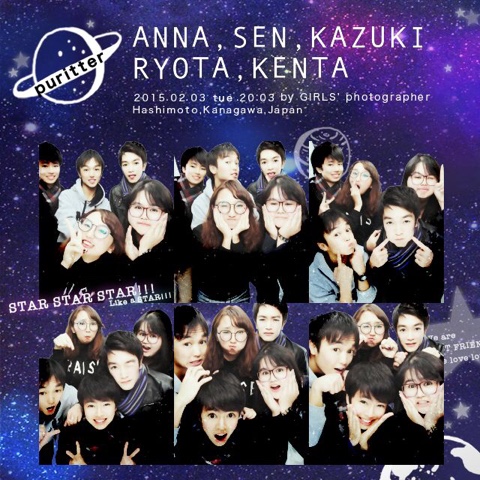 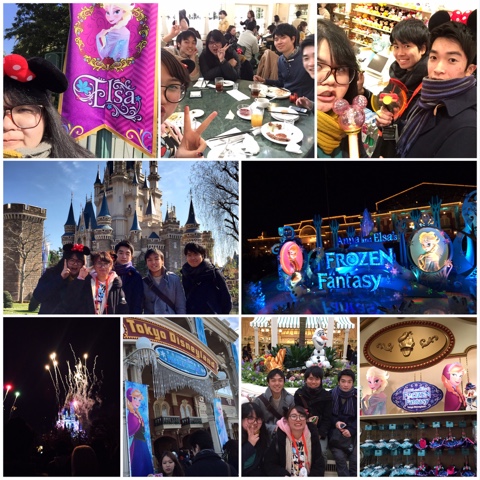 05/02/2015
I caught the train to Shinjuku with Ryota because he had shuukatsu but I was meeting up with Swinna and Tori and Kina! We talked a lot and ate at this American themed restaurant haha. It was good, I ate there before when I was on exchange. Then we went to a yummy parfait place.  Kina left early because she had something else to go to. But yeah, Tori, Swinna and I talked a lot about many things and we went to Tokyu Hands like three times hahaha or was it four? I don't know! But we had fun, and took heaps of purikura haha and it also started snowing. I am seriously rain and snow woman haha.

During the evening I said bye to Tori and Swinna and I had to go meet up with Sen and Kazuki because we were meeting up with our favourite Fujimoto-sensei and she treated us to dinner. It was so yummy. Soo thankful! :) 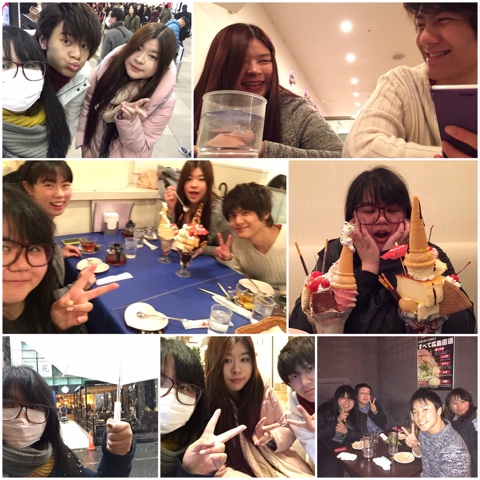 06/02/2015
This day was a major feelz trip haha. Sen and I headed to Toyoda station and bumped into Same-san on the way out of the station. We went to Toyoda suss out how much our old home has changed. and wow. It really did change. Not even joking. They had built a new Aeon near the station and it was sooo weird but also amazing because when we were still living there it was just a massive white wall covered because of the construction haha. It didn't feel like Toyoda but yeah! Anyway, we met up with Tori and had lunch at Aeon and we window-shopped and talked. It was fun. But no visit to Toyoda is complete without a visit to our favourite place - Seiyu♡ 24 hours and this supermarket never let us down haha.
After that we went to Riento and took some pictures outside the building and then said hello to Seki-San, one of the shakaijins we lived with. She is soooo lovely. I was a bit nervous to go to Riento because thinking about it, I'm like an outsider there now lol.

Sen and I then caught a train to Shinjuku and went our separate ways as she was going to meet up with her friend and I was going to go meet up with Aya and Freddy haha. The amazing part was that on that same day last year, we also met up and Freddy was wearing the same sweater HAHA. we had Gyukaku and then went to Karaoke and took purikura and then went to Shinjuku station and found this cream pastry dessert thing people were lining up for, so then we also lined up for it and bought it haha. It was actually so good lol. It's always a fun time with these two, we kept laughing at everything and we were playing with the selfie stick haha. 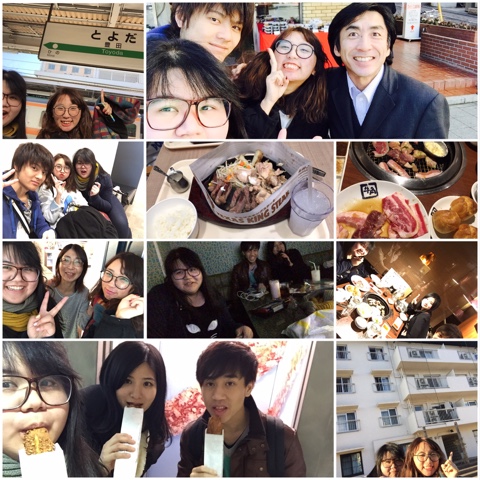 07/02/2015
Sen and I were with Ryota in his room when it hit 12:00 AM so we got to say Happy Birthday to him straight away yay!
The Birthday boy chose what we were going to do that day so we went ice skating outside Aka Renge in Yokohama.
LOL I CAN'T ICE SKATE. It was painful and it was like I've never been ice-skating in my life, when the harsh reality was that I used to go every week for a few terms back in high school haha.
After we went ice skating, we went to have lunch at Kua Aina then we went to Yokohama Landmark Tower and wow Yokohama from the top is so pretty ♡
Then we went back to Ryota's house and we had nabe for dinner and yeah, we chilled and it was fun haha. We tried playing Jelly Belly's Bean Boozled but it was pretty hard and we failed. Haha 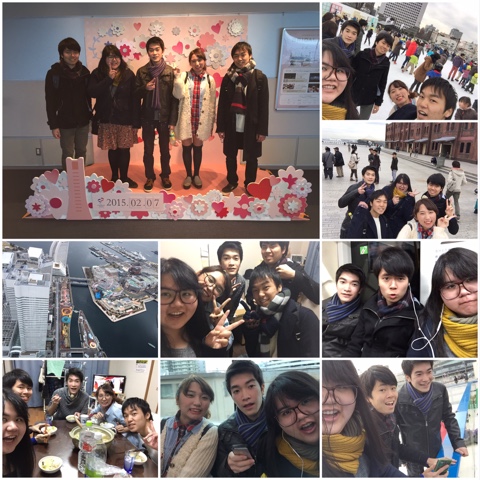 08/02/2015
In the morning, Sen and i moved out of Ryota's pIace, checked into the nearby hotel then went around Hashimoto and bought a few things I was going to bring back to Sydney then I went back to the hotel to drop the things off and then I headed to Toyoda Aeon because our beloved Ikeda-San was going to also be attending the Riento farewell party! At the Aeon supermarket the three of us went shopping for ingredients and then I had a Baskin & Robbins sundae haha it was so good! Sen and I bought a Farewell Cake for the students leaving as our contribution to the party.

Then we headed to Riento and helped out with the preparations for the Farewell Party as well as cooking :) It was pretty fun because we were helping Ikeda-San haha.
Sen and I realised that we had both been to three farewell parties in a row haha. omgsh lol. Sen, Ikeda-San, Kenta and I then caught the train home because we were headed towards the same direction :) 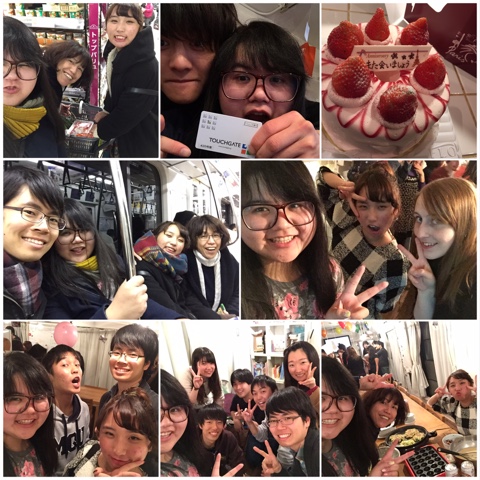 09/02/2015
In the morning, Sen and I bumped into Kenta and Ikeda-San at the station then Ikeda-San, Sen and I headed to Kichijoji to have Curry at the place Manabu-San works and appaz this curry place is really really really famous and is really delicious. Honestly, it did not disappoint lol. It was really delicious haha. Ikeda-San surprised us and paid for our food omgsh another kandou moment lol. We went window shopping and then we talked a lot about heaps of different things and somehow ended up at mister donut and talked some more until it was time for Ikeda-San to go, I took her all the way up to Hamamatsu-cho station where she had to catch her special train to the airport.

After I said goodbye to Ikeda-San, I headed to Ikebukuro to do some shopping and I somehow ended up at the Pokemon Centre where I had never been before haha. Then for dinner I headed to Tachikawa and had kushikatsu with Shogo and Sen. We then took some purikura as usual, then met up with Irene who had just arrived from Taipei and we headed to an Izakaya to have some drinks :) 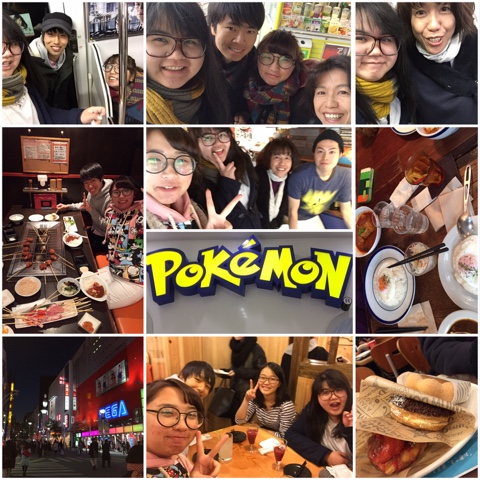 10/02/2015
Sen and I then headed to Asakusa and met up with Kazuki, Irene and Ryota because we had our Kimono day haha. I was pretty nervous but I don't know why lol. Before the kimono thing, we had lunch at a Tonkatsu place we frequented haha. Was good but when we felt full, we were like FML. how are we gonna breathe with the kimono haha.

So we went to the Kimono place and then the ladies at Asakusa Shichi Henge dressed us in wonderful kimonos and one of the ladies working there started talking to me in Chinese because she thought that I was also from Taiwan because Sen and Irene were both from Taiwan haha. So yeah, we walked around Asakusa wearing Kimonos and tourists were taking photos with us HAHA LOL. The we also took purikura in Kimonos haha.

After we got changed back into our normal clothes, we went back to Hashimoto and chilled in the hotel room for a bit then went to the station and met up with Seunghwan and Kenta then went to a buffet in Hashimoto and ate haha. We took so much purikura after this... lol. 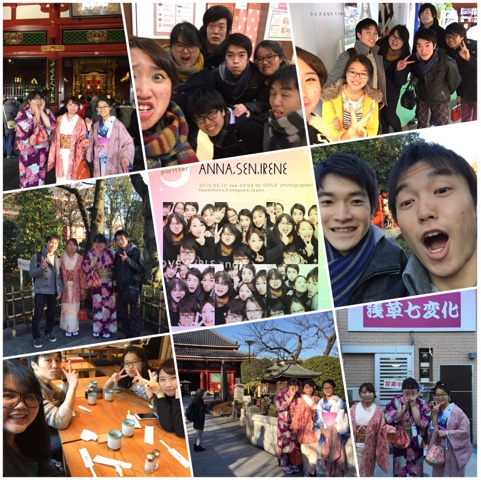 11/02/2015
Sen and I headed to Harajuku to eat ichiran and do some shopping, take purikura or whatever haha. It was good to be reunited with my Bae ichiran and I also had poteriko from the Calbee+ cafe. We were so full but we went to the Chococro cafe and got some bread and drinks lol.

After we went to Harajuku, we went to Hachioji and had dinner at our favourite Sukiyaki place and yeah it was just as good as I remembered it to be! It was the last time we were gonna see Ryota for this trip so we said our goodbyes and yeah. Then we met up with the Little Shit Shogo and we went to Karaoke then said bye! It was fun :) 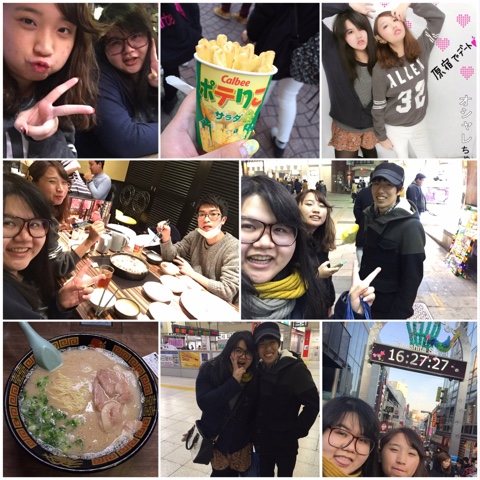 12/02/2015
The day started with us getting ready for lunch and then we took our suitcases down to the hotel lobby and then we checked out. We left our suitcases at the hotel while we had lunch at Baqet. It was like all you can eat bread with whatever you ordered haha.
After lunch, we collected our suitcases then with Kazuki, took a train to Tokyo station to get on the bus to Narita Airport.

When we got to Narita, the three of us met up with Kenta and his mum because the two of us were catching the same flight to Sydney as he was going on exchange to Perth. When we checked in, the check-in lady gave us our boarding passes but we realised that our seats were not next to eachother so we panicked and got the lady to fix our seats, she said the reason it happened was because the flight was full and we noticed that the plane was full of high school students going on a trip to Australia lol.

Ryota couldn't see us off because he had his first day at his internship and he wouldn't make it in time :( But yeah, it was okay, the intent was there!

When we got to security, the three of them were still waving goodbye to us until we weren't in their sight anymore. it was sad :( 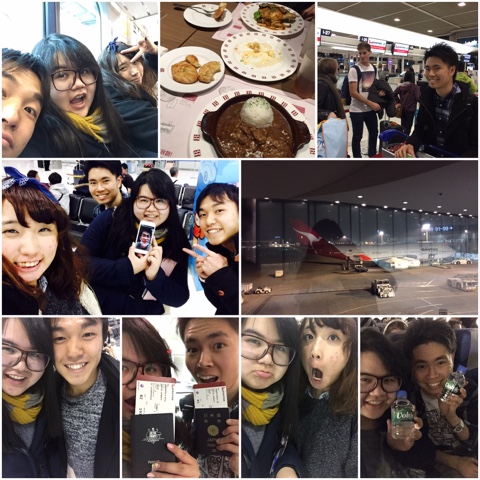 It was a great trip, and we both made it to Sydney safely and that was something to be thankful for :)