My first proper interstate trip was to Melbourne and it was an amazing food trip :)

The one hour flight was really comfortable and It felt much more relaxing than an International Flight. 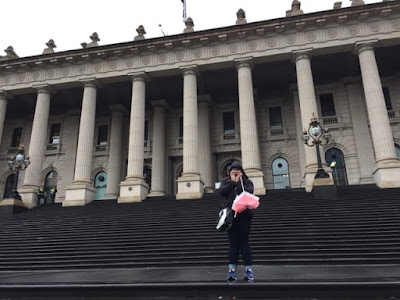 06/04/2015
Grace and I slept over at Kiiko's house the night before and took a taxi at like 4am to get to the airport since our flight was at like 6:30 AM. Can I just say that I had like no sleep the night before, just like 15 minutes and it was barely even a sleep haha. We got to the airport and grabbed some breakfast from pieface. When we got on the plane we like chilled... then when the plane was about to land I started feeling sleepy and I was like FML, this isn't going to be good.

So we got off the plane at Melbourne, then bought tickets for the SkyBus then made our way to our hotel while soaking in the Melbourne atmosphere through the bus windows haha. When we got to our hotel we put our stuff down then headed to Hardware Societe for brunch. On the way to Hardware Societe we spotted a huge Asian store and I found Gyukaku sauce so I bought that hahahaa. The line for Hardware Societe was no joke and we waited for about 45 minutes then we got seated. To be honest at about this point in time I was already half delusional as I was running on no sleep and yeah, the food was good but my mind was everywhere. I don't even remember haha.
We then went to the shops and I bought some ice cream served to me by a beautiful British boy who winked at Kiiko and she quietly died inside haha. Then we went to H&M and holy crap! It was so huge, and everything was so cheap so we bought stuff and they even had a home section! At this point in time, Grace had joined me in the delusional club and was going nuts like me at H&M. We then went to Aldi to buy water then headed back to the hotel. We actually experienced Melbourne's four seasons in one day and it was really confusing for us haha. I took a shower then slept straight away while the other two rested for a bit then headed out to explore.

When I woke up, I met them at the closest tram station and we headed to have dinner at Chinchin, which was a famous Asian Restaurant in Melbourne. It was so famous that when we got there we had to give our mobile number and they told us to leave and just come back in about two hours once they  sent us a text message that our table was ready. So we went back to the hotel and chilled yay. The food at Chinchin seriously did not disappoint and we loved everything we ordered, especially the wagyu pad see ew omgsh the beef like melted in our mouths  mmmmm. Haha it's funny because although the Chinchin means nothing in English, in Japanese the word itself is quite provocative! 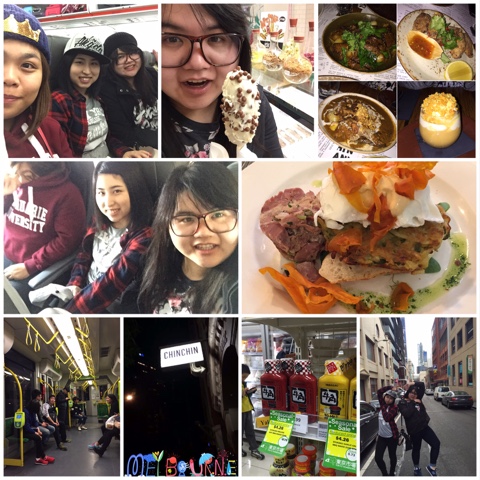 07/04/2015
Our morning started with a trip down to Queen Victoria Markets and we had some amazing 'American Doughnuts' and they were filled with real strawberries. Oh maaaan, they were really really delicious♡

For brunch, we headed to Operator 25 and oh my gosh. We had some Balinese Pulled Pork Burger and it was so delicious, aaaah! Even the egg yolk on it was perfect haha. We then headed back to the market and Kiiko bought a nice khaki jacket which totes suited her haha. After that, we headed to the nearest train station and caught our first Melbourne train to Parliament station and we were shocked because trains in Melbourne are only one level and it was the first time we caught a train in Australia other than Sydney so we were pretty amazed. Actually, the reason why we went to Parliament station was so we could try a cafe called Egon's Bakery Cafe, which had a cute ambience to it and mouth-watering cakes :) We then went to Melbourne's Parliament House, took pictures there then headed to St. Patrick's Cathedral to soak in the prettiness that the church was!

Once that was done, we headed back to the hotel to chill for a little bit and then we decided to head to Miss Katie's Crab Shack for dinner, after circling the area according to google maps' commands.. it appeared as though we couldn't find the place for some reason despite it being the actual location, so I decided to call the restaurant and the phone conversation went a little like this:
Guy: Hello
Me: Hi, Is this Miss Katie's Crab Shack?
Guy: It was

Long story short, they moved locations and the new location wasn't built yet. How sad.
So instead we googled what Melbourne's best fried chicken places were and we found a place called Belle's Hot Chicken so we took a 20 minute tram ride to get to the place haha. We ended up taking away a bucket for $60 with four sides and yeah it was pretty good, and we ate it in the Hotel Room while watching Family Guy. After all the fried chicken, we decided we still wanted something sweet so we were like okay let's order ice cream from room service and so we ordered a strawberry sundae for like $10 but they made us collect it downstairs. So sad. haha 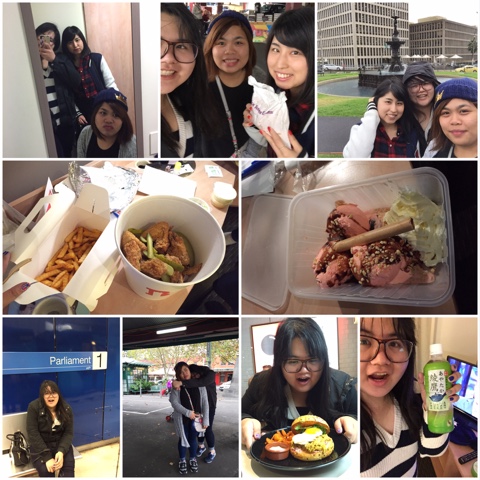 08/04/2015
Woke up in the morning to do some last minute packing and then headed to the breakfast buffet, it was really good but for some reason I had no appetite. So yeah, after breakfast we decided to roam the streets of Melbourne a little bit more and then we went back into the hotel to check out and collect our suitcases, then got picked up by SkyBus and off we were to Melbourne Tullamarine's International Airport because the flight we were going to be going on was one en route to Bali and Sydney was kind of a stopover. So yeah, we went to Duty Free to buy some OPI nail polish but we got found out that we had to be leaving the country... it was an honest mistake though so they made us refund what we bought lol.

Honestly, I had been so excited because the flight from Melbourne to Sydney was going to be on a Boeing 787! I was getting a little worried because the flight was delayed and I still had to go home and repack as that night I had a flight to Perth! Anyway the flight was amazing. I couldn't even feel the plane take off or land and the plane screen was fun, I could send messages to Grace and Kiiko on their monitors too! Thankfully, we arrived back in Sydney safely, but late, so when we caught the train back to our home station, it was a little later than anticipated so I decided to take a taxi home instead of waiting extra time for the bus as I literally only had two hours to repack, and get ready to head to the airport again for my next flight. 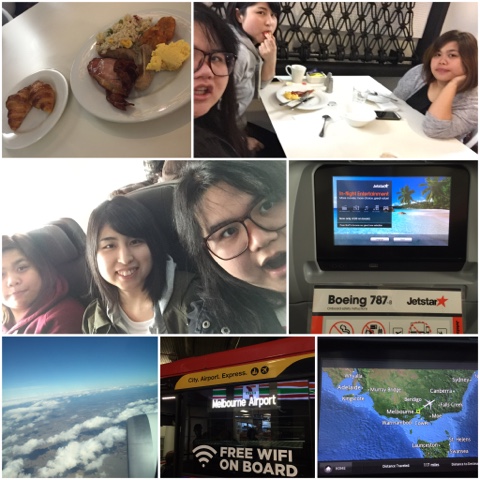 AND I MADE IT TO MY FLIGHT TO PERTH :)